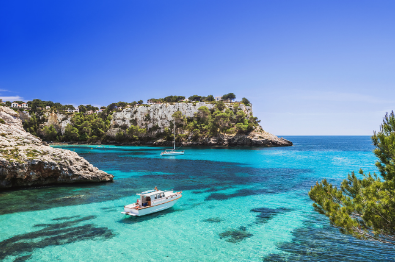 Once the best-kept secrets of the Dalmatian Coast, Croatia is a spectacular country to explore for those that love out-of-the-crowd spaces, laidback beach vibes, or shop-till-you-drop cityscapes.

Mljet is rumored to have been the home to Odysseus for seven years, and some say is the greenest isle on the Dalmatian Coast. There’s a national park, Mljet National Park, that takes up most of the island, but you’ll still find a couple of vineyards, two saltwater lakes, and a few coast-clinging villages while exploring.

On the mainland, you’d be hard-pressed to find anything more beautiful than the stunning Plitvice Lakes National Park, where waterfalls cascade into emerald water for miles around. If you’re looking to escape the crowds of Dubrovnik, then Lokrum is your pick. You’ll be able to get to this uninhabited island by ferry from Dubrovnik.

Beaches, meanwhile, are a particular strong suit of Croatia, which has more than 1,000 islands to choose from. Hvar is famous for its lavender and red wine in addition to simply being a sun-soaked paradise. Korcula is covered in a virgin pine forest. The Pakleni Islands offer secluded harbors where visitors can get away from it all.

Dubrovnik is a spectacular seaside city famed for its red-tiled roofs and medieval walls. It doubles as King’s Landing on “Game of Thrones.” As they did in Bath, the Romans left their mark in Split, where you can find the ruins of Emperor Diocletian’s palace. If you stroll along the main pedestrian, marble-tiled Marmont Street, this is where you’ll find all the designer brands (like Zara), instead of in the malls that are situated outside of the city center.

Whether you sail around on your private yacht charter, wander through the city streets and beach towns across the country, or find yourself relaxing in the peacefulness of a national park, you’ll understand why it’s one of those countries that you just can’t see only once.

Reach out to me today to plan your Croatian getaway for when you feel comfortable traveling again.